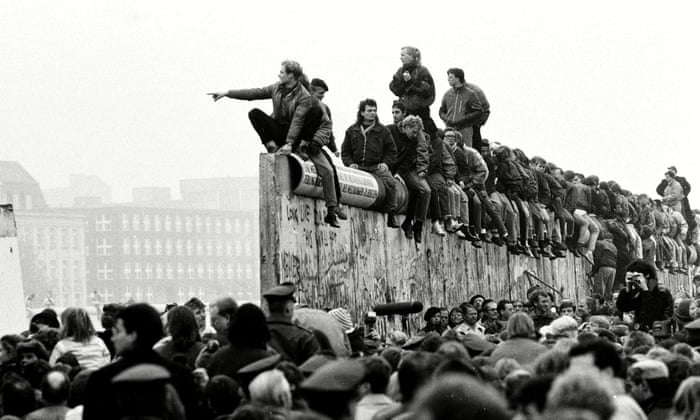 The Berlin Wall was a barrier that existed from 1961 through 1989, constructed by the German Democratic Republic (GDR, East Germany). Fall of the Berlin Wall (1989) is a major event in European History. The policies of restructuring and openness initiated by Soviet leader Mikhail Gorbachev paved way for the destruction of the symbolic physical barrier.